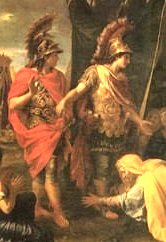 And that's pretty romantic.
Posted by Mathetria at 9:00 PM No comments: