Some readers have asked why, even after the boys become lovers, I persist in referring to them as “friends” in the novels? Am I trying to hedge regarding their sexual relationship?

Not at all. I’m trying to highlight a more equal partnership.

The ancient Greeks thought about love differently than we do, sometimes starkly so. They had several different terms, something that modern writers (such as C.S. Lewis in The Four Loves) make more of than they should. After all, we also have a plethora of terms. We can love, like, desire, crush-on, fancy, adore, appreciate, hold dear…all of which have varied connotations just like their Greek counterparts.

So the difference isn’t with the variety of terms, but with how they categorized them.

Eros—best translated as “desire”—is often described with terminology reminiscent of disease. It makes one weak, helpless, unable to sleep, unable to eat, unable to concentrate; one burns with desire like a fever. All descriptions we’d recognize today. But these aren’t good things, not a state one wants to pursue, especially for men.

Self-control (sophrosunē) was the aspired-to ideal, which eros upended. Therefore, eros was a PROBLEM for Greek men.

In the first novel, Becoming, Hephaistion wrestles with the eros he feels for his friend, mostly by trying to ignore and sublimate it. Because he’s almost three years older than Alexandros, and matured early, he’s more sexually aware, if not necessarily all that sexually experienced. By the end of the first novel, they do get their act together.

Yet in the second novel, Rise, they must negotiate the division between eros and philia. Yes, philia is often translated as friendship, but this is where modern definitions can oversimplify HOW the ancients used terms. We tend to view friendship as existing on the edges of other, more important relationships: familial or romantic. But to the Greeks, philia was considered the higher love, topping mere sexual desire (eros). So for them, romantic love existed on the edges of friendship! Philia exalted those who felt it, made them better. Eros might, instead, drag down those who suffered it, driving a man mad. In turn, he sought to make the object of his desire share his insanity. The Greeks virtually invented the notion of “crazy for love.”

We see the distinctions between eros and philia most clearly in Greek love magic.

Popular assumption rarely associates “magic” with the Greeks. Aren’t they the inventors of philosophy and rational thought? Well, yes, but magic was HUGE all over the ancient world. And then, as now, affairs of the heart occupied a lot of it.

It’s largely men who use aggressive, sometimes violent spells to compel women (and occasionally other men) to submit to them sexually. Setting aside for the moment whether any of this actually worked, it’s the language of Greek love spells that concern us. Here’s an example:

“Seize Euphemia and lead her to me, Theon, loving me with crazy desire, and bind her with inescapable bonds, strong ones of adamantine, for the love of me, Theon, and do not allow her to eat, drink, obtain sleep, jest, or laugh, but make her leap out…and leave behind her father, mother, brothers, sisters, until she comes to me.” (SM 45, trans. C. Faraone)

This is quite typical, and hardly respectful to Euphemia (or the other female targets of these spells). Theon wants to transfer onto her the desperation he feels himself. We could romanticize this, but shouldn’t. Too much of the violent and jealous language of modern romance narrative is rooted in Greco-Roman models. Stalking and controlling behavior isn’t romantic; it’s creepy. “He ravaged her mouth,” or “He rammed into her hard,” isn’t love language. “Ravage” means “to cause severe damage to.” That’s not my idea of a good kiss. Greek men like Theon who cast these aggressive love spells (called agogē or “drawing” spells) wanted to ravage their victims, not woo them. We might want to rethink common Romance tropes that arise from these antique, misogynistic models: compelling a woman, not courting her and inviting her agreement, equal to equal. These are not empowering for women (or men) today. 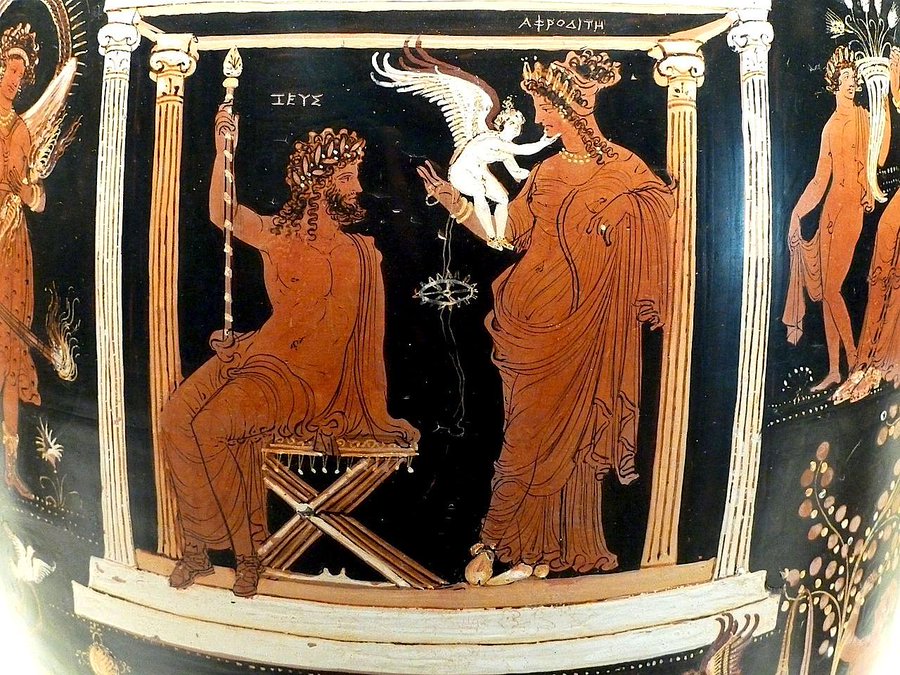 What Hephaistion and Alexandros share certainly involves desire (eros), but is more respectful. If each are occasionally guilty of manipulation because they’re young and insecure, it’s important to them that they’re in it together, and by choice. As they assert on the beach at the end of the first book, Becoming: “Friends first.” “Friends always.” They aren’t casting coercion spells on each other. Hephaistion does visit a magician near the end of Becoming, but to find a spell to fall OUT of love, not to compel Alexandros to his bed, because he loves his friend more than he lusts for him. The young magician he visits is initially confused by his request, then praises him for such a noble aspiration.

That’s philia. The love for another that wishes the best for them, not necessarily for one’s self. Eros is self-centered and self-involved, desperate, but concerned with power and social “face.” Philia acknowledges the autonomy of the Other in the equation.

Thus, philia comes closer to our modern notion of love. Returning to Greek love magic, we find philia charms used in what are clearly sexual relationships, but which are faithful, and most often employed by women. Erotic spells like that used by Theon above describe the victim as leaving her [or his] house, parents, spouse, children and “forgetting” about them, to rush to the bed of the man. They’re separating and controlling. By contrast, philia charms are about retaining a lover/spouse.
So my use of “friends” (philos) is preferable to “lover” (erastes) for Alexandros and Hephaistion’s relationship. It elevates partnership over desire and conquest. Equality over social hierarchy.

(The image, from Greek pottery, shows Aphrodite holding a iunx, or magic charm, used by women to enspell men to love them/stay faithful. It was whirled around on the strings and made a buzzing sound while the motion held the eye.)