Anonymous Question (via Tumblr):
“So you emphasize Amyntor is ‘ugly’ in the first Dancing with the Lion novel, and sort of imply Hephaistion might not be his real son. Is there a reason for that? IS Hephaistion his son?”

Amyntor is a loose, literary parallel for the philosopher, Sokrates. The ancient Greeks maintained a confluence of assumed ideal characteristics: wealth, birth, beauty, intelligence, bravery, and athletic ability. This defined the “hoi aristoi,” or “best men”—the aristocracy. To be honest, it’s not so different from modern America, and elsewhere in the West, which tends to elevate celebrity beauty. Yet the Greeks did recognize it as a cultural fiction. Sokrates, especially, blew it up. He was reputedly the “ugliest man in Athens,” but also the wisest, and had the biggest heartthrob in Athens chasing him: Alkibiades. And, of course, Alkibiades (Alcibiades) challenged the assumption from the opposite direction; he was anything but a virtuous man. In any case, Sokrates was enormously controversial in his own lifetime, which led to his execution by state order. Later, he was virtually deified in the works of Plato and Xenophon, et al.

In the novels, Amyntor is a Sokrates figure. We have this unattractive man who’s nonetheless beloved by most who know him well (including his beautiful wife who gives her looks to her beautiful son). Yet in terms of politics and outside his family/circle, he's more controversial, in part because he speaks his mind. 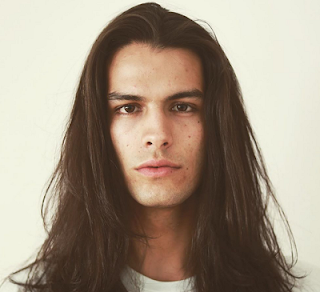 Hephaistion doesn’t care about looks precisely because of his family. He knows what true virtue is. He’s well aware he’s attractive, and isn’t falsely modest, but he measures his own worth by other criteria. Despite the very pretty cover on Becoming, Alexandros is not exceptionally good looking. Hephaistion even observes of him: “Only a flatterer would call him handsome.” But Hephaistion falls for him anyway because he knows the truth: looks aren’t virtue. He seeks virtue.

So as he comes to know Alexandros’s soul, he falls in love with the beautiful. It’s very Platonic (in the real sense). True virtue as beauty. Because he’s exceptionally attractive, but most of his family—who he loves dearly—are not, Hephaistion has a unique perspective. He sees past the surface, even while himself being a sort of ideal surface. For Hephaistion, his good looks are more handicap than help. I wanted to invert the notion of attractiveness as beneficial.

That’s why I wrote Amyntor as “ugly.” Because, in all the ways that matter, he’s not ugly at all. And therein lies the irony, which Greek theatre would appreciate. And maybe Plato, too.

(Ptolemy does note at one point, by the way, that Hephaistion resembles his brother Agathon, especially around the eyes.)

Posted by Mathetria at 4:05 PM