Philippos, Amyntor, and Fathering in Dancing with the Lion

As a coming-of-age tale, dynamics between fathers and sons play a crucial role in both novels, making Philippos and Amyntor deliberate foils. Some of this is laid out in Becoming, but in Rise, it occupies front-and-center. 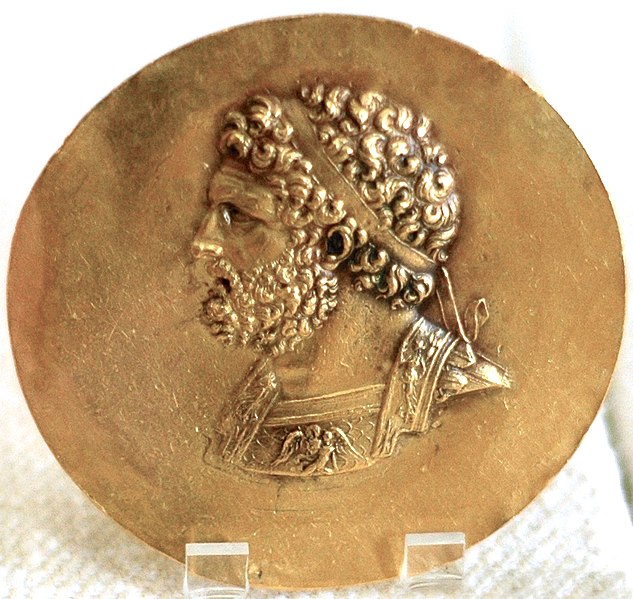 Philippos’s own father died when he was relatively young, 12-13 at most. In addition, he spent at least one, and possibly two, hostage-ships outside Macedonia. He had nothing approaching a normal childhood, even allowing for having grown up royal at a polygamous court. His father had two wives and at least seven children: six sons and a daughter, maybe more, as daughters weren’t necessarily recorded. His time as a hostage at the house of Pammenes in Thebes might have been the closest to normal he ever experienced, although later gossip implied that it wasn’t a fatherly relationship the young Theban general had with young teen Philippos.

Despite all that (or because of it), the thought he put into Alexandros’s education suggests deep concern not only to raise a son, but an heir who could survive the bloodbath of Macedonian inheritance. Even before Aristoteles arrives, Alexandros’s schooling was based on a southern Greek model. Later, after he returned from study, Philippos gave him increasingly important duties, yet always under guidance. This is the period covered by Rise. So if our instinct is to critique Philippos for being harsh, we must measure it against his own childhood, and his desire that his son survive. He wants to be a good father; he just doesn’t know what that looks like.

As a teen, Alexandros is often overconfident, thinking himself ready for appointments he’s not ready for. Philippos knows better, and does a masterful job of selecting tasks he can manage. Quite contrary to portrayals of Philippos as jealous and trying to hold back Alexandros, when looked at from outside the lens of later propaganda, Philippos fairly consistently sought to teach his heir the essentials of ruling. They had some spectacular blow-ups, but the evidence says they got along as often as not.

Yet there IS a darker side to Philippos: his tendency to violence when frustrated. Unfortunately, Alexandros frustrates him on a number of occasions (as does Myrtalē). I do want to note that this construction is fictional. Evidence that the real Philip of Macedon engaged in regular domestic violence is circumstantial and scarce, outside the “wedding incident.” But I took that event and built on it, given cultural assumptions of the time.

The ancient world permitted, even expected harsh discipline. If they didn’t have mass shootings or serial killers, compared to today, their world was “casually brutal.” Beating a slave for bad behavior or just a perception of laziness was not only allowed, but encouraged. Paddling children or using switches or canes was normal. Slapping a wife or mistress didn’t raise much comment. By no means did every adult male do such things, and there’s indication that beating one’s wife or children was stigmatized, but mostly as evidence of a lack of self-control. Not because the aggression itself was considered wrong. 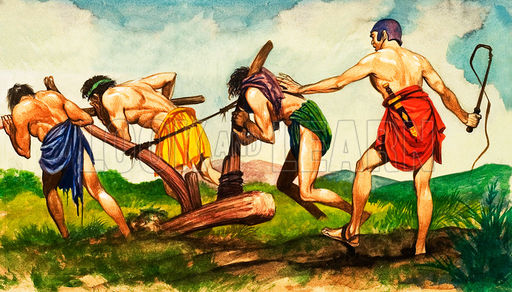 In one key scene at the beginning of Rise, Alexandros starts to ape his father’s usual response when frustrated by his mother: he raises his arm to strike her. Yet he stops himself. He chooses not to become his father. It isn’t, however, a magic fix. We know that men who engage in assault came, themselves, from violent homes. Children learn what they live. Going forward, Alexandros will face the same choice on other occasions in his life, and sometimes, he’ll fail the test.

So the uncomfortable conflict at the heart of both novels is that Philippos does love his son, does want him to succeed, but finds him frustrating and difficult, and reacts with a brutality he always later regrets.

Yet while he may be the novel’s antagonist, he’s not the “bad guy.”

Making an abuser the bad guy is tempting. How could someone love his son, yet leave him with bruises (or worse)? To claim such a thing might seem to be making excuses. That’s where the tightrope walking begins. Philippos does bad things, which are acknowledged as bad things, yet he repents and tries to make up for them, usually awkwardly. He’s a bad father because he doesn’t know how to be a good father, and that’s his tragedy. He was a magnificent strategist, a wiley negotiator, and a visionary king…but a crappy dad.

First, Amyntor has a good ten years on Philippos, and four children older than Hephaistion. In short, he has more practice. Furthermore, he and Hephaistion are much alike, personality-wise, something underscored several times in both novels. Amyntor understands his youngest. So he’s presented as the “good father.”

But he’s not a perfect father. Those don’t exist. I’d remind readers of what set in motion events at the start of Becoming (book I): Hephaistion ran away from home.

He did so because he was a teen boy, stubborn and headstrong. Yet Amyntor made mistakes, too, which led to Hephaistion’s bad choices. Both are human. They’re doing the best they can, given their own limited perception of things. And I drew them so, because even well-intentioned, mature people can still screw up. The difference is in how they react. Amyntor doesn’t try to force Hephaistion to come home, quite aside from whether he legally could have. He doesn’t do so because he recognizes his son’s autonomy and respects it, even if he doesn’t agree with it. His reaction is sorrow and worry, not uncontrollable anger.

That’s where he steps away from Philippos. He’s the “good father” because he’s emotionally mature. Anger is a fear reaction, and Philippos learned young to be terrified. When threatened: attack. Amyntor responds to the world in a wholly different way, and teaches his own children the same, plus a few strays: Ptolemaios and Alexandros.

The irony, of course, is that his political acumen isn’t terribly high. If not as clueless as his son thinks, he’s an isolationist by policy, unconcerned (and thus, ignorant) of wider Greek affairs of state and their ramifications. So Hephaistion comes to Pella to learn politics from Philippos. But in the end, it’s Alexandros who learns the greater lesson from Amyntor, who models what fatherhood should look like.

For victims to escape the cycle of violence, they have to know there are other options. Amyntor (and Hephaistion) represent those alternatives for Alexandros.

Posted by Mathetria at 6:27 PM